Hello! I’m Stephanie, I’m the Content Developer, I’ve been with InterExchange for over 3 years, and I’ve been in this role since this January. This position has been a really positive move for me, and I think it’s a great role for someone who wants to work on projects at a cultural exchange organization like InterExchange. I hope this helps you to learn a bit more about the position, and helps you to decide if it would be a good one for you! 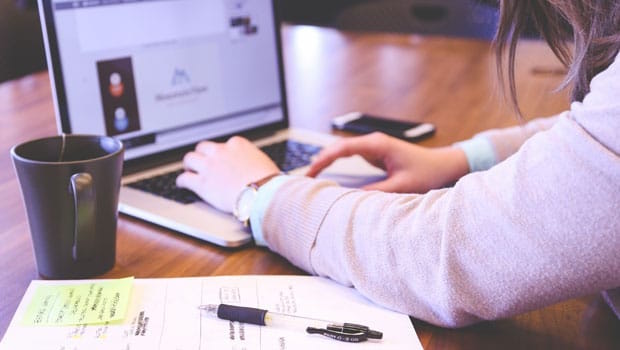 What’s the role all about?

My work usually consists of switching between a few long-term projects, some shorter-term tasks, and also planning and attending meetings. These will change each month, but at the moment my bigger projects are: using Adobe Captivate to edit audio and add images to a training video for au pair participants, using Intercom to update and implement a promotional email stream for potential hosts, and adding content and making improvements to our responsive Au Pair Host pages.

As for more day-to-day work, I’ll also take turns on our social media desk, which includes monitoring mentions of InterExchange across the internet, as well as review articles, emails, and other content. Like most jobs, there are always small things coming up, and they vary from day to day.

One of the things I’ve enjoyed most about this role is that I have a good deal of autonomy. I’ve been able to identify projects that I’d like to work on, then see those projects through from beginning to end, soliciting feedback and help from others along the way. For example, one of our ongoing projects is migrating pages from the “Classic” (nonresponsive) website to our new, responsive website. When I was working on a certain section of these, I was able to reorganize the content in a way that made sense, choose the images I wanted to use, choose the elements that I wanted to use, and then meet with others to get feedback and then edit some more. That’s just one example, but overall, it’s been nice to be able to identify issues, offer suggestions as to how to improve, then have the ability to follow through with those improvements.

I like that I’m able to do a number of different things. You won’t just be focused on one area - you might be using Photoshop to edit photos one minute, using GitHub to make an update to the website the next, then posting an article to Facebook, then looking at ChartIO to see how a campaign has been performing, and then after that, reviewing an agenda for a meeting. And then, you might even get to attend an event and write up a blog post about it! 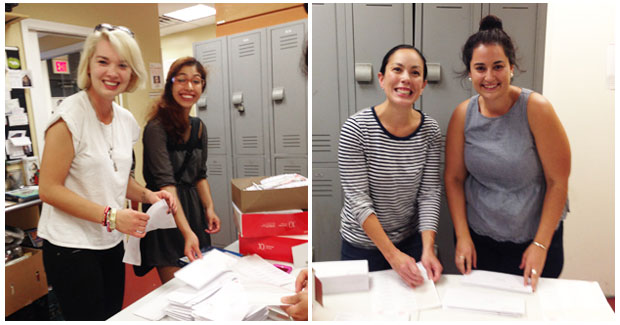 You’re allowed to be creative in this role! I get the chance to write, search for images, and create things to post. There were a few times that I tried something new, like making a silly gif to put in an article, or using font awesome icons to organize web content in a new way, and figured, “this may be rejected, but at least I’ll give it a try.” I was happy to find that my new ideas were appreciated. You don’t just have to follow instructions - you get the chance to think and create and see your work out there in the world, so that is very rewarding.

We work with a number of people across various departments, all with different priorities and perspectives. Sometimes it can be difficult to prioritize different long-term and short-term projects. My biggest challenge thus far is that it’s difficult for me to gauge how long projects will take. In the last 4.5 months this has gotten significantly easier, but I’m still working on it.

Things are always changing, and I’m sure will continue to do so, so processes will continue to be defined and redefined. This can be difficult, since you’ll have to relearn processes, but it also means that if you don’t like the way something is working, you can voice your opinion about it.

Working on this team has, for me, been a hugely positive experience. I receive enough critical feedback to ensure that I’m doing good work and continuing to learn, but the team is flexible and willing to change things if they’re just not working. If a deadline isn’t met, it’s seen as an opportunity to figure out what went wrong.

I’m also happy to report that I’ve learned a few things so far, too. I have a much firmer grasp of responsive design than I did when I started, and I’m becoming more familiar with the specifics of AdWords and Analytics. I’ve learned to use some new tools, and I’m learning about all of our programs (learning about Working Abroad programs never fails to give me wanderlust!)

As for InterExchange as a whole, I am grateful to have met many smart, open-minded, funny, and truly kind people while working here. Everyone here cares about cultural exchange, and many of us have lived abroad. I know so many people who simply tolerate their coworkers, but I think the people here are the best part about InterExchange. I certainly don’t take this for granted!