A few weeks ago I was lucky enough to be working on an open source tool that I could talk about daily. CampMinder-rb is now operating reliabily in production, with around 20 Hosts using the StaffHire feature in the past 2 weeks.

What have we been up to since CampMinder?

We’ve been building out Job Listings for public viewing, ready to be used by Work & Travel USA for the during the second half of the season. 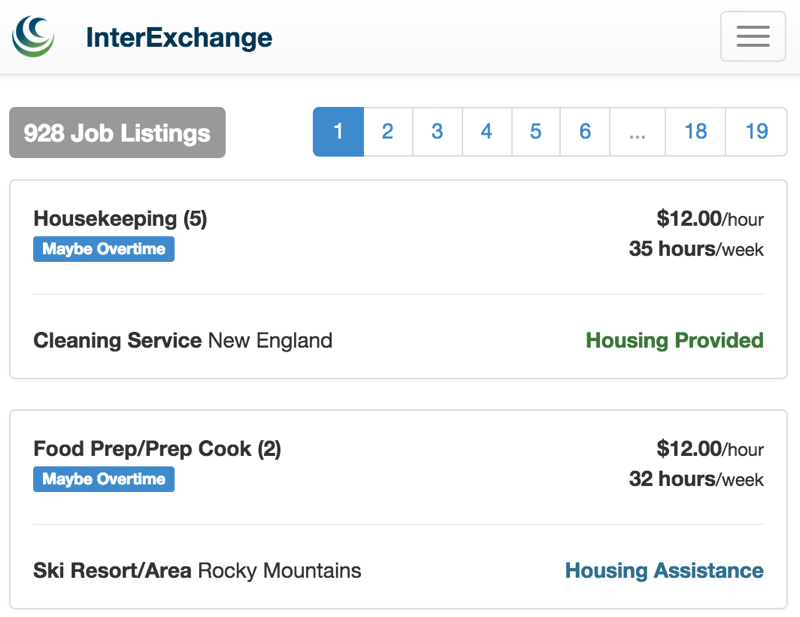 This is the time in the Placement season when Participants that are late to the game are looking to get the word out to Hosts that they’re still available for the summer.

The initial release will focus solely on Participants and their International Cooperators being able to see a list of Job Listings that match participant preferences. We’ve still got a few more days of development left until we’ll have Participants interacting with Hosts.

This release will build even further on the ReactJS interface components we’ve been building since the Placement system began.

One necessary upgrade to an existing component was the collapsing of the pagination widget. All pages we’d previously used it on were a low enough count that this wasn’t an issue.

Nathan hunted around for an existing solution but ended up hand rolling tested component that we could reliably reuse. We should get him to put out a gist and post on it. Let us know below if you would like to see how he built out the Paginator.