Often it can be really helpful to go home and use the travel and alone time to think on the problems of the day. Harpelly had finished the day not sure how to deal with the encoding/decoding of CampMinder’s payloads.

That evening Nathan Harper was able to break down the source of confusion into a simple to reason class CampMinder::Base64. 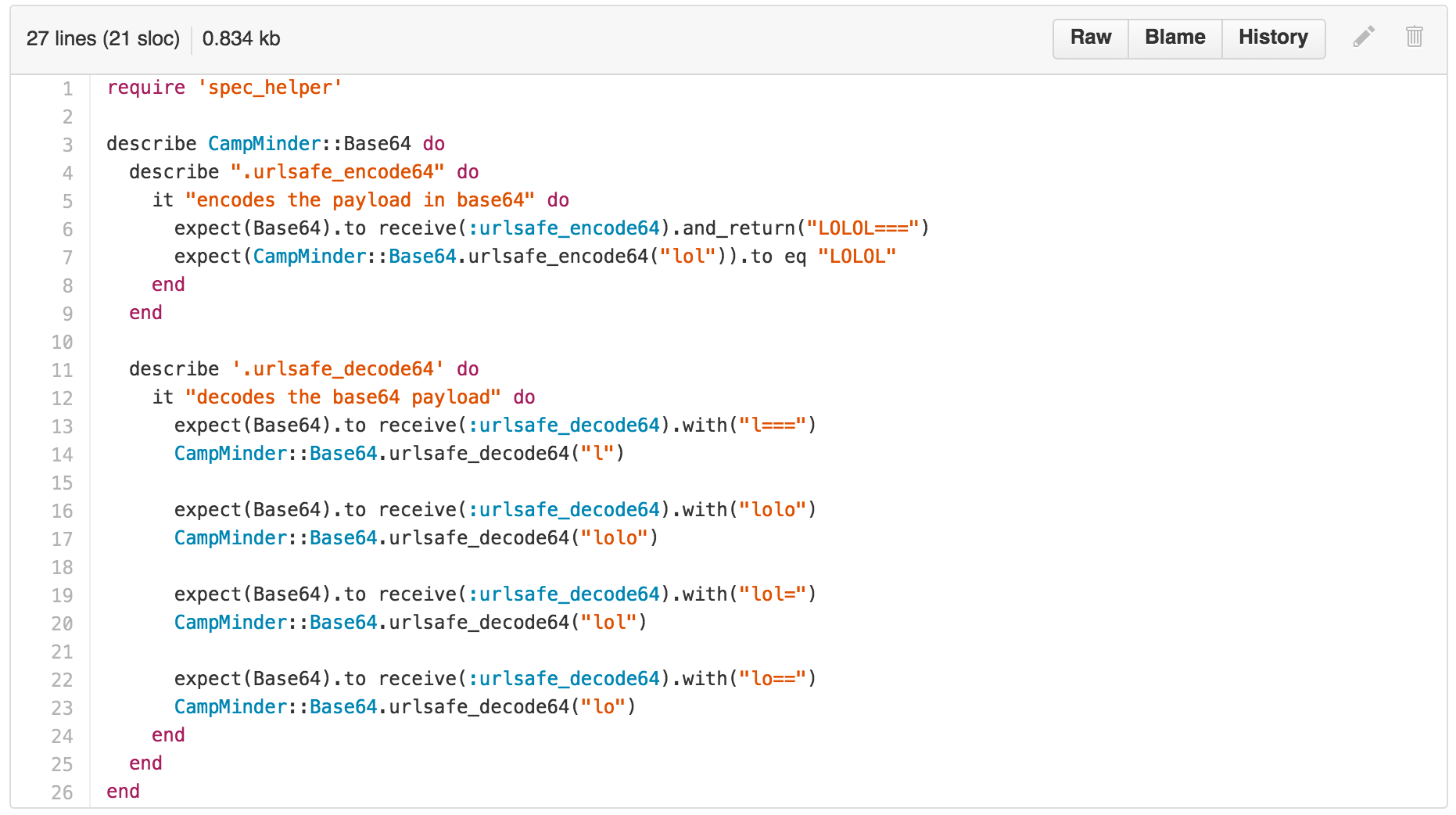 We could now reliably communicate with CampMinder, however we were still stuck receiving this random .NET exception.

Object reference not set to an instance of an object

After discussing things further with CampMinder they were finally able to pull an exception log, it turned out the documentation was a little vague about the excpected xml structure, the fix was simple.

And with that we received a success response which we were able to store in VCR for future test requests.

Nathan was then able to update the Application and deliver the story for acceptance.

Next week we’ll be able to hook up the publishing of Matched Participants to CampMinder, we’d hoped to deliver this for the first of the month, we’re going to miss that date, not by much though.

Finally we spent some time working on the asset sync issue we’re having between our living StyleGuide and our Rails Application. We’ve had some initial success using a gulp-rev to produce a manifest.json which we should be able to use within Rails, thanks to [Carbon Five] for their blog post. Probably going to go back to hacking on that this weekend.